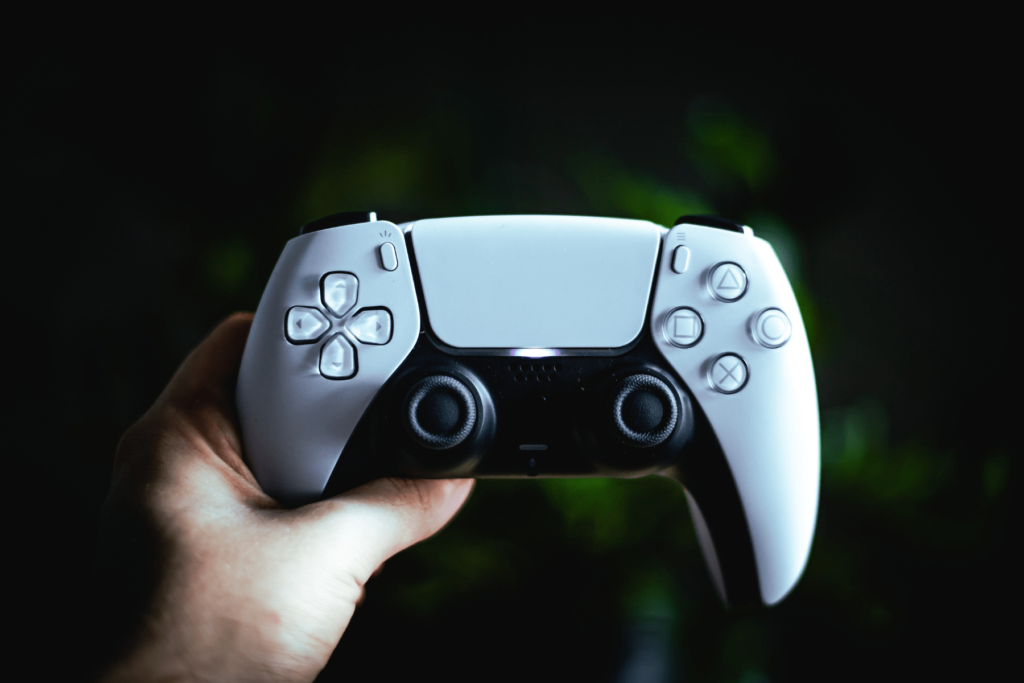 The Electronic Entertainment Expo (E3) is rapidly approaching. The biggest Video game fans congregate amongst themselves within the bustling Los Angeles. The LA Convention centre becomes a stomping ground for one of the largest trade events within the video game industry. It is an opportunity to showcase and promote upcoming games and to bask in the great offers available on classic games.

At Applied Leasing, we may be bias – but we do have a soft spot for racing games. The thrill of cutting through the night in a Mitsubishi Turbo, with The Cardigans playing in stereo. That special nostalgia and the buzz you would get when modifying your selected supercar on the option screen. Everyone has a favourite, but we will race you to the finish line of our top picks.

If Fast and Furious was a game, we believe this would be it. Need For Speed revolutionised racing games when it was introduced in the 90’s. No longer did you have to ferry yourself to the local arcade hall to experience the thrill of digital racing. High fidelity gaming could now be experienced from your home console. Since then, there have been many iterations of the franchise, but our favourite must be Need for Speed: Most Wanted.

The cover art car, the BMW M3 GTR E46 is just as iconic as the game and personifies the game perfectly. Video games from the mid-2000’s strived for more gritty realism, while Most Wanted was far from realistic in gameplay, the cars on the other hand were modelled to perfection. The M3 GTR you get the digital privilege to drive is equipped with a roaring 4.0l V8 that kicked out 500 of the finest Bavarian horses and catapulted the car from standstill to 60mph in 3.2 Seconds. Only 10 of the M3 GTR E46’s was produced for street driving and were sold at a jaw dropping 250,000 euros in 2001.

Forza comes in two different iterations, Motorsport, and Horizon. Motorsport is the XBOX exclusive competitor to Gran Turismo and Assetto Corsa and focuses on being a realistic driving simulator. Our focus today is Horizon. I have strong biases towards Horizon, as it is my all-time favourite racing game franchise. Forza Horizon is ultimate driving freedom packaged in a game.  The fourth instalment of the Horizon series is set in a fictionalised Great Britain and features condensed versions of Edinburgh and elements of the Lake District. The world is dynamic, and seasons change weekly. One play session you could be tearing up the digital Cotswolds in a Ford RS200 while being graced with glorious summer sunshine, the next you might be gliding across the winter ice in a Land Rover Defender.

There are over 700 beautifully modelled cars to drive, but our pick out of the bunch has to be the McLaren Senna. Yet again another car from the cover of the game, it symbolises the essence of Horizon to a Tee. The Senna, a car I can only dream about owning. McLaren state it is their most track-focused road car they have ever built. Named in honour of the legendary Formula 1 driver, Aryton Senna, it certainly tries to live up to its name. The numbers from the spec sheet scream hypercar royalty. The twin turbocharged 4L V8 kicks out 789hp and propels the car from 0-62mph in 2.8 seconds. Combine that with the fact it only weighs 1200kg makes the Senna a road-going rocket.

Whenever you hear of racing games, Gran Turismo tends to pop up into your head. Over the years, this game has gone from strength to strength. With beautiful scenic routes, that look like an opening scene to a James Bond movie.

Most importantly, the range of beautiful, top of the range cars that you can cruise across the coastline. Have a leisurely drive or compete against your friends in a rally game. There are many iconic vehicles from Gran Turismo, but our pick from this game would be the classic Nissan Skyline. One of the Japanese brand’s sportiest models – listed as a ‘Class A car’ in the game, this highlights the high spec of the car and its efficiency. In fact, The Nissan Skyline featured in the Guinness Book of Records (well to be specific 225 Skylines) broke two world records by taking part in a parade lap in Silverstone.

This classic Nintendo hit is purely iconic as soon as you hear the first few notes to the music – suddenly you find yourself in a nostalgic transit. Those memories of you jumping on top of the mushrooms or the feeling when you have made it to the end of the round fills you with joy.

However, in the slightly later years – Super Mario transitioned into driving. With thanks to the launch of the Nintendo Wii and Switch. This allowed families to join and race to their hearts content as you will always still have your preferred car when competing. Ours would have to be the Sports Coupe – This super swift motor resembles an actual sports car, very similar to the Chevrolet that features in the Transformers movies. The clue is in the name with this one, ‘Sports Coupe’ just has that ring to it. 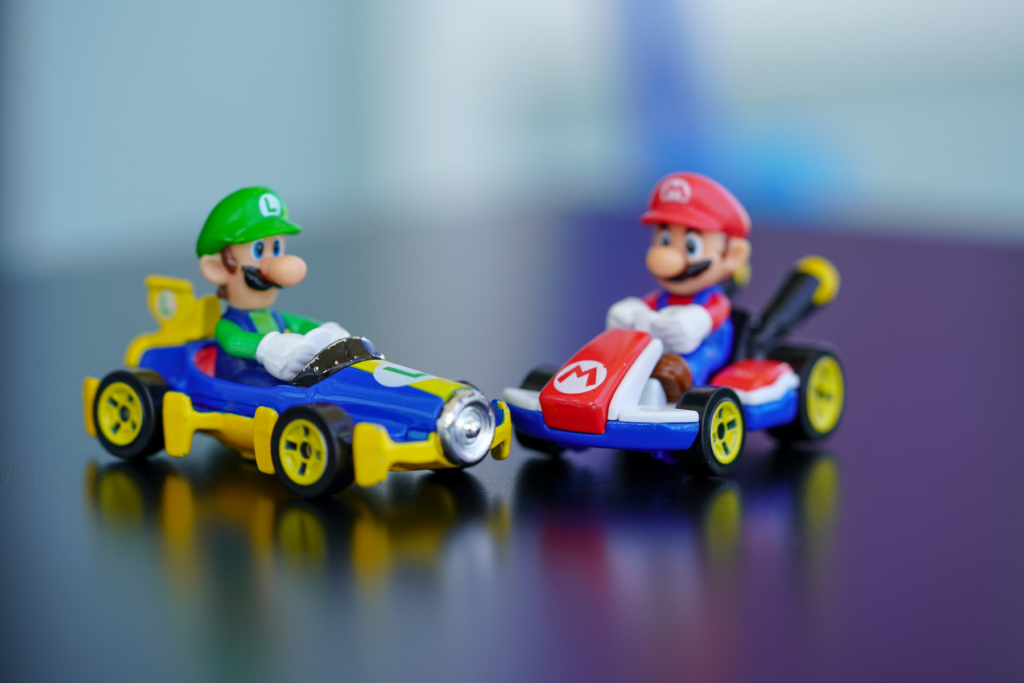 Just like Super Mario, Crash Bandicoot started out as a feisty game playing on foot. There seemed to be a recurring pattern with 90’s video games that ensured that the biggest hits in the industry would eventually transition into racing games. Crash Team Racing was the first breakthrough which offered players the chance to pick from the quirkiest little motors, or bikes. Modified to the maximum, bright and colourful – this was the only way a Crash Bandicoot game was ever going to do ‘cars.’ We love the iconic Nostalginator, Nostalgic by name and nature – this Quaint little pink car, complete with a double grill on the front. The Nostalginator’s appearance is reminiscent of the James Dean era, a real 1950’s inspired model.